Imagine this: getting up at 8 A.M on a Sunday. Not so exciting, right? But pair this with getting a scrumptious, local Tennessee breakfast and seeing the bands you absolutely love playing live? Now we are talking! This is exactly the once-in-a-lifetime experience BreakFEST curates for concertgoers. In 2018, pop punk band, New Found Glory […]

Matt Healy has taken to Twitter to discuss his creative thoughts about making an emo documentary for us all to enjoy. He stated: “There has been no definitive documentary made about emo. No documentaries at all really. I want to do a series that takes us from Rites of Spring through Get Up Kids to […] 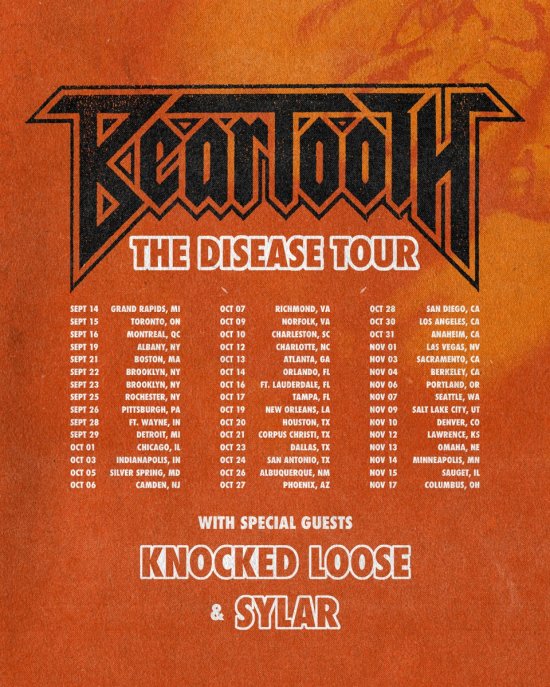 Beartooth has announced a two-month North American tour this fall with support from Knocked Loose and Sylar ahead of the band’s upcoming album release. Disease is set to drop on September 28. Check out the full list of dates and cities below and get tickets starting on Friday, July 27 here. 09/14 – Grand Rapids, MI […]

UK emo band Moose Blood has added special guest William Ryan Key to their US shows this September. Key, formerly the front man of Yellowcard, will be playing music from his solo catalog. Check out the dates and locations below. 9/15: Detroit, MI @ The Magic Stick 9/16: Columbus, OH @ Big Room Bar 9/18: […]

Mayday Parade and State Champs both released new albums today and, frankly, I’m a little overwhelmed because they’re both fantastic. Mayday’s sixth release, Sunnyland, is their first with Rise Records. This album is exactly what I was hoping for. After taking a departure from their signature sound with Black Lines in 2015, the band saw […]

Yesterday at 3 PM PT, pop-punk and emo fans across the country were refreshing the Vans Warped Tour website and social media pages, anxiously awaiting the announcement of the summer staple’s final run. Warped Tour founder Kevin Lyman announced this past November that 2018 would be the end of an era and while we are […]

While we all wait for Warped Tour to announce the lineup for the iconic tour’s final run this summer at 3:00 PM PT, Hawthorne Heights and Knuckle Puck have both released new tracks for us to listen to in the meantime. Hawthorne Heights dropped “Pink Hearts”, the first single from their upcoming LP. Bad Frequencies will be […]